Writers Note: This essay was one of five essays submitted by the author to Rebeller Media before it’s premature demise in early June 2020. The five essays are being collectively archived between The Ed Blog and Hollywood in Toto with the permission of editor-in-chief Sonny Bunch. This essay covering Attack the Block was contributed just prior to the closure and wasn’t published.

When we first meet Moses in Attack the Block, he’s wearing a mask and robbing a British woman at knife-point with his gang of teenage hoodlums. We see them as our female lead Samantha sees them: violent thugs without remorse for decent people. As the movie ultimately comes to reveal, that’s not exactly the case. There’s more to them than meets the eye. As Samanta and Moses quickly realize, they actually live in the same apartment block. This realization comes as they’re forced to put aside their differences one night because alien creatures start falling from the sky and attacking them. There’s no time to bicker despite the fact that these characters don’t trust one another. By the end of the story, Samantha comes to a revelation about Moses as a person. She realizes who that man behind the mask is. He’s a scared child from a troubled home that’s found a new family with his gang. He’s fiercely protective of his home and his apartment block. Above all, he’s willing to do anything to protect them. 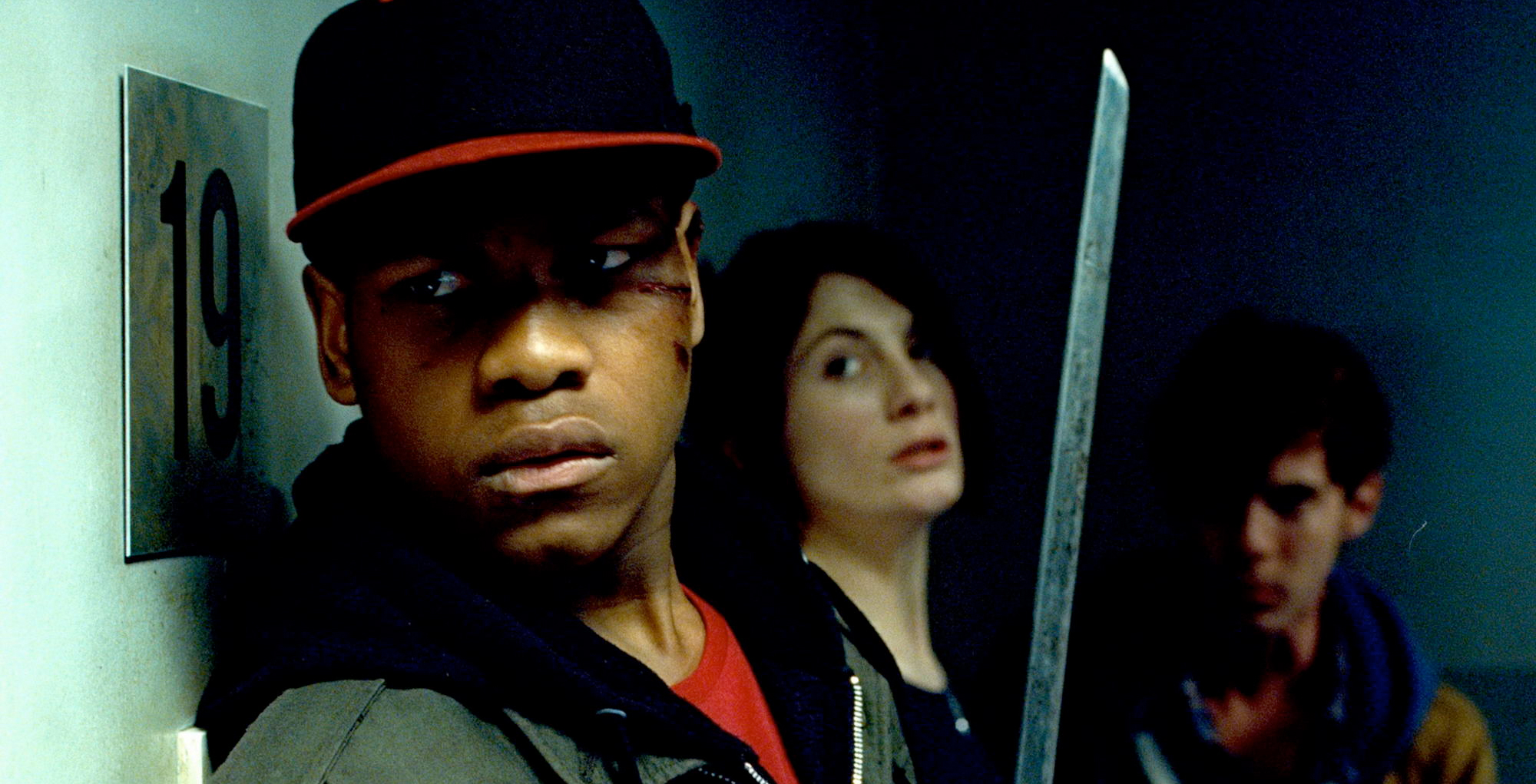 Attack the Block is the quintessential low-concept science fiction film. It’s a mid-budget action film produced by an independent studio that mostly takes place in a single location for the duration of one night. There’s not much CGI and most of the setpiece action moments are smaller in scale. Most of the actual plot takes place in a series of apartment rooms and alleyways where teenagers ride bicycles and complain about life. The most outlandish concept in the movie is the film’s depiction of an alien species as large gorilla-esc Xenomorphs. They’re handled extremely well with amazing puppetry and special effects but they’re not the most original concept in the genre.

It’s drawing from the same well as John Carpenter’s more laid back, low concept films like They Live, Prince of Darkness and Assault on Precinct 13. It’s old fashion in its storytelling but its politics and setting are modern and flexible. It doesn’t need many huge special effects moment to tell its story. Like those films, Attack the Block is more interested in the flawed and complex people running around and suffering the consequences of an absurd sci-fi/horror movie scenario than it is trying to parse out the details of an alien invasion.

Naturally, a film like this only works when it’s character are something to write home about. Attack the Block certainly manages that. The core of the entire film is founded in John Boyega’s central leading role as Moses. Boyega is more well known now for his leading role as Finn in the Star Wars Sequel trilogy but he’s slowly been growing to prominence in the last half-decade in films and series like Detroit, Pacific Rim Uprising and Watership Down. As the tumultuous quality of some of those projects can show, he doesn’t always get cast in the most consistent projects. He is however a consistently talented star across those properties. His talent is somewhat wasted in this properties as his characters are downplayed in the stories or the writing in these films doesn’t give him much to work with.

Seeing Boyega all the way back in 2011 as a nineteen-year-old unknown actor really puts in perspective just why he’s broken out onto the mainstream the way he has. Joe Cornish, Edgar Wright’s screenwriting assistant for Adventures of Tin-Tin and Ant-Man, directs Boyega here in a performance that runs circles around J.J. Abrams and Kathleen Bigelow’s work with him.

Boyega is pulling off an intensely difficult performance in Attack the Block. He isn’t just playing a good leader, an anti-hero or a gang leader. He’s playing a character who has to blossom in front of the audience’s eyes and reveal himself as someone deeper than the sum of his mistakes. We don’t just have to empathize with him, we have to believe he’s a natural leader capable of commanding everyone at the block to follow his plans. If he fails, everyone will get killed by the aliens or arrested by the cops for causing so much destruction. We have to believe in this character by the end of the film. Furthermore, the movie sets him up as a character the audience wouldn’t normally trust. The performance is doing double time helping the audience come to terms with Moses as a human being who starts the film as a petty inner-city thief who robs innocent women walking the streets at night.

The movie more than earns this redemption arch but the story really doesn’t end up being about Moses learning something new. He was this brave and self-sacrificing all along. He’s always been willing to protect his friends and neighbors at his own personal expense. The film’s final moments reflect that the film’s real arch comes in its point-of-view character Samantha. She’s the one who realizes who Moses truly is by watching him become the hero that the block needs. By the end, Attack the Block becomes a story about learning to see the humanity in people from different walks of life who we’ve become separated by layers of societal distance with.

Few films have half the ability that this film does to draw the empathy out of its audience and yet it manages to turn the audience’s empathy on its head and make you like a character that in most regards is written off as a lost cause or a stereotypical example of sociopathic inner-city gang violence. In the end, he was a complex person all along. The fact that this story works at all is founded entirely in John Boyega’s ability to bring such a complex and multi-layered character to life.

In times such as these, films that embrace our common humanity in the midst of strife are more valuable than ever.