If you know us here at “E.D. – Music, Movies, Etc.,” you know we enjoy reviewing and discussing the music of many genres, but you also know our favorite genre/subgenre to talk about is thrash metal, the Big Four and more.

In previous content from the last few years, Mr. Malone and I have both mentioned we feel we’re in the midst of a new stage of thrash revival. Unfortunately, that new wave now seems much smaller than we had previously thought. Of course, there was the period some refer to as the “New Wave of Thrash Metal,” starting in the mid 2000s, but that movement had petered out before the early 2010s, due in part to the generally low quality of music it produced, even from its front-runners. Then – seemingly centered around excellent, new releases from some of the biggest ‘80s thrash bands, Anthrax, Death Angel, Megadeth, Metallica, Slayer, and Testament – thrash got a bit of a restart beginning around the middle of 2015, with 2016 and 2017 seeing many high quality, metal thrashing mad LPs from old and new thrashers alike. Since then, the movement seems to have died down again, though it still does well in the underground (as Dave Mustaine once said, “real, credible metal” has always been underground), and many good non-thrash artists like Bokassa, High on Fire, Mark Morton, Paladin (a new power metal band I recommend that mixes power metal with thrash and melodic death metal), and even Sum 41 have made good music by injecting thrash, either implicitly or explicitly, into their own sound.

Thrash bands did not grab much attention in 2019’s first half, it’s true, yet we thrash aficionados should maintain hope, because several good albums hit the scene this year, and I hope you thrash fans — and heavy metal in general fans too — will take note.

Here are 11 2019 thrash releases I think you all should check out.

I will only discuss albums I both heard and desire to discuss. This list and these short reviews are not meant to form a comprehensive overview of each and every thrash LP or EP released this year; rather, this is a list of 2019 thrash album recommendations, or even just mentions, no matter what I might say about each release. These are the new thrash records that caught my attention enough to discuss. “Part 1” here covers January 2019 to June 2019. “Part 2” will cover July 2019 to December 2019.

Flotsam and Jetsam’s The End of Chaos (Released January 18) 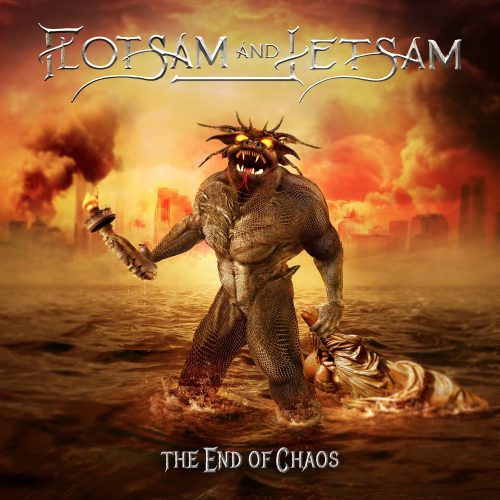 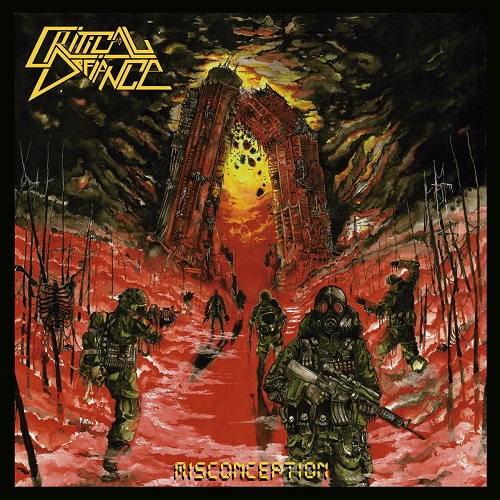 Critical Defiance’s Misconception is a promising debut LP from a new, Chilean, thrash band. This thrash treat of a record features tasty riffs and soloing galore, alongside thrashy instrumentation shooting out all over the place like an explosion on every song. My complaint with Misconception is that each track has far too much going on at once, like the aforementioned explosion, and the songwriting never congeals enough to make the band’s “everything including the kitchen sink” approach work, nor are any of the individual thrown-together pieces of sound wholly original. Even so, this LP is worth a spin, and I will be watching closely for what these guys do next. If Critical Defiance can wrangle their various influences into something more streamlined, something more their own – perhaps by adding in more uniquely Chilean elements – they have a great thrash future ahead of them. 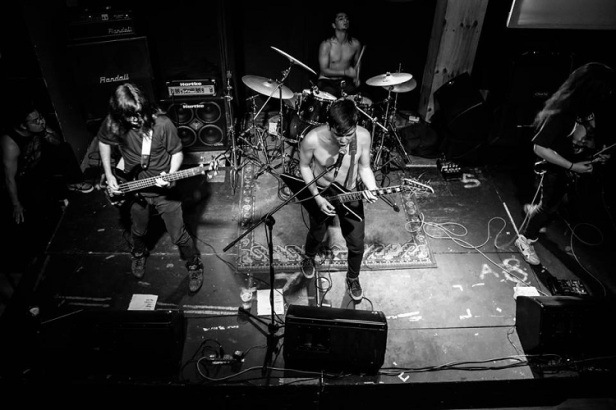 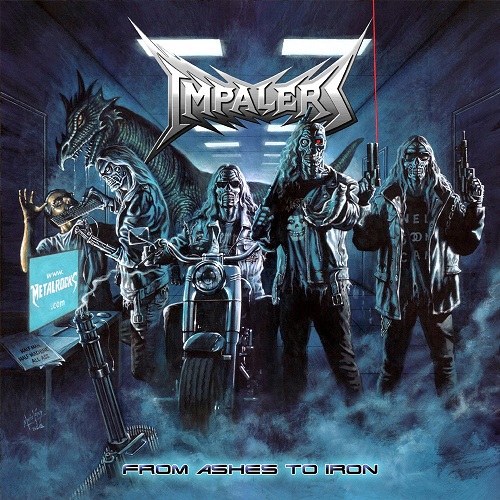 The Danish thrash band Impalers, who formed in 2007, never made it out of the underground, yet they are, and have been, one of the best current thrash bands, especially in the realm of Teutonic thrash. Their 2017 LP The Celestial Dictator approached greatness, as you can read in my review of the album. Sadly, the band is retiring this year. At least Impalers has given us a parting gift before retiring, a killer EP, “From Ashes to Iron.” The EP packs the vicious punch of a band angry to leave. The metal scene wasn’t as good to them as it should have been, but Impalers’ fans won’t forget Impalers. Here, as always, are hard-driving thrash riffs and more, packed with all the energy and frustration necessary to send the guys off strong! 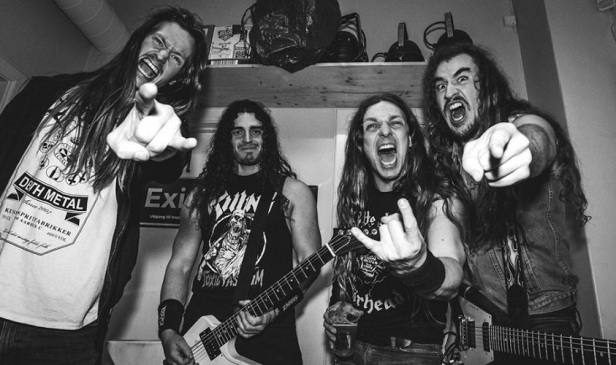 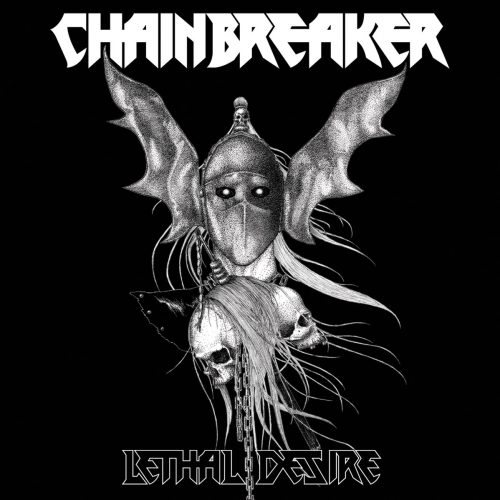 Chainbreaker is yet another decent thrash band from Canada, which, despite its reputation for kindness, seems to be a country fertile for fostering the growth of angry extreme metal bands. Made up of members from other solid bands — the traditional heavy metal Cauldron, the blackened thrash Toxic Holocaust, and the death thrash Rammer — the guys in Chainbreaker play thrash metal with an emphasis on fun, leaning more toward the speed metal of band’s like Accept and Anvil, the heavy metal of Motörhead, and the hard rock of KISS. The production work is bad — probably intentionally so, it has that retro rough sound thrash bands in the 2000s loved, but still annoying — and still the LP is worth a spin. 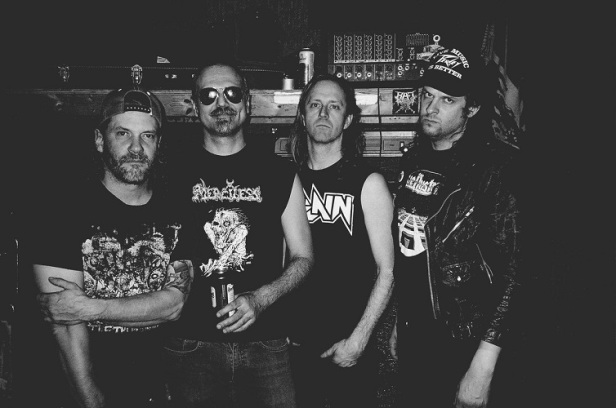 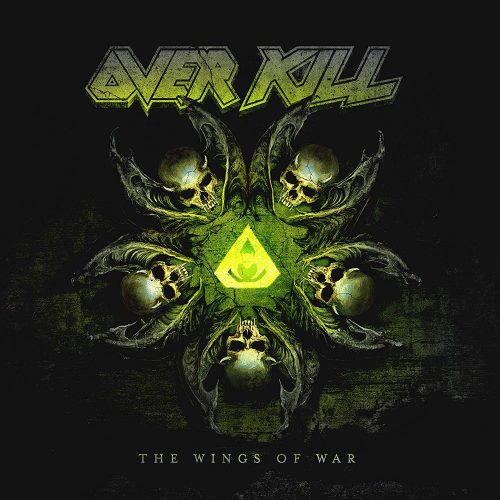 The East Coast thrashers Overkill took their name from a Motörhead song, and just as the Motörhead comparison has been apt from the beginning, Overkill continues here, 39 years after they first formed, to prove they did, do, and always will deserve their name. Overkill consistently churns out worthy thrash, album after album, year after year, and The Wings of War is no different, despite it being the band’s 19th LP! It’s more Overkill, even if little else. “More Overkill” is enough for most Overkill fans, and a boon for thrash in general. 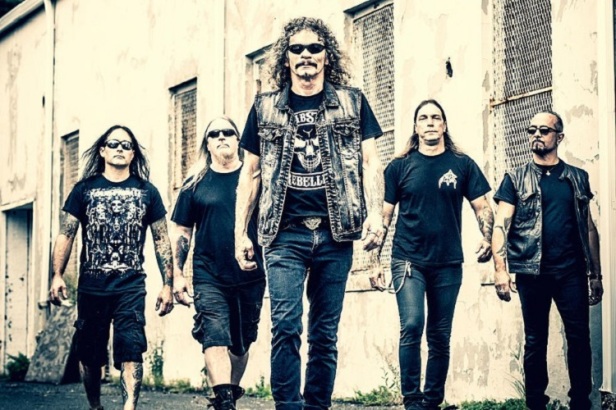 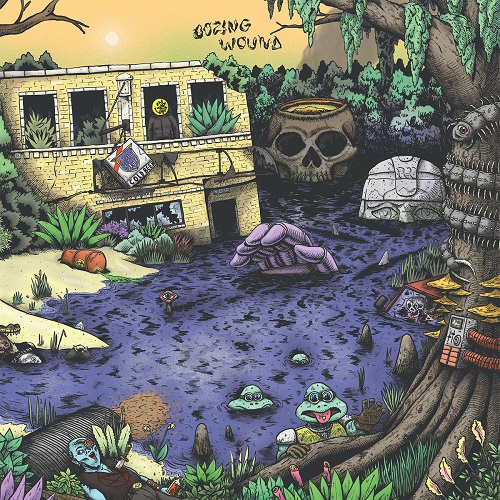 LP High Anxiety from Oozing Wound is by far the most thrilling musical listen I have experienced this year, and my favorite album of the year so far in any genre. It gives me the kind of feeling I long for in a thrash record, the kind I still get when I listen back to old Metallica, Anthrax, and Testament albums, the kind of feeling I wish for when I listen to newer thrash bands but rarely ever actually feel, the sort of exhilarating adrenaline rush that makes me pump my fists, scream at the sky, and throw my metal horns up in the air, no matter how silly it may look. On High Anxiety, Oozing Wound makes me think of Iron Reagan if they were actually incendiary, crossover thrash that is both fully thrashy and wholly hardcore at the same time. High Anxiety exists at the exact juncture of thrash, hardcore, and noise rock. Imagine Power Trip plus Turnstile plus Daughters. That’s Oozing Wound, and that’s High Anxiety for sure. 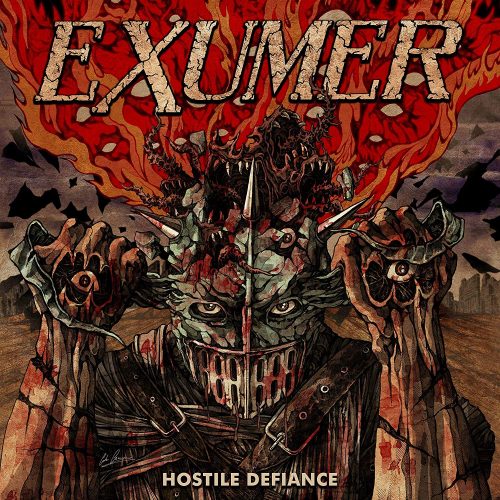 Exumer’s Hostile Defiance is a new thrash metal LP from a far too often overlooked, German, thrash band. Exumer summons a sound here that feels like Teutonic thrash plus East Coast thrash plus a better version of the grating, thrashy things Metallica was attempting on St. Anger in 2003. On this the band’s 5th studio LP since their formation in 1985, the guys inject more melodic and rhythmic elements into their music than they have in the past, while also making sure the lyrics have a real-world foundation to them, even when they are fantasy or horror driven on the surface. The real-world foundation is front-man Mem Von Stein’s 17-year experience in the field of psychiatry, Von Stein being a licensed social worker, the album’s title getting its name from Oppositional Defiant Disorder. I wouldn’t call Hostile Defiance groundbreaking, but it is worth a spin or two. 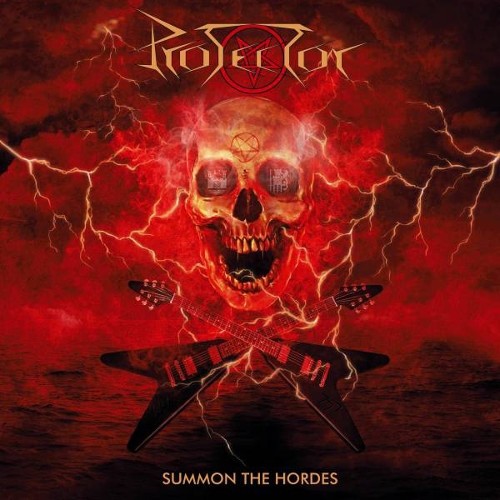 If you’re looking for a new, old-fashioned, death thrash LP to spin, you might as well get it from a progenitor of the sub-genre: Protector. Summon the Hordes doesn’t contain anything super fresh, but it is nasty, heavy, aggressive, and overall a fun listen for death thrash lovers. 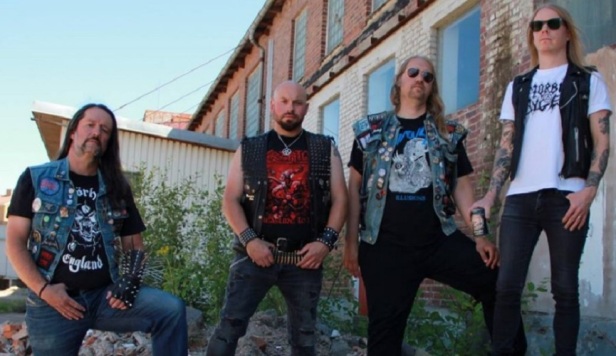 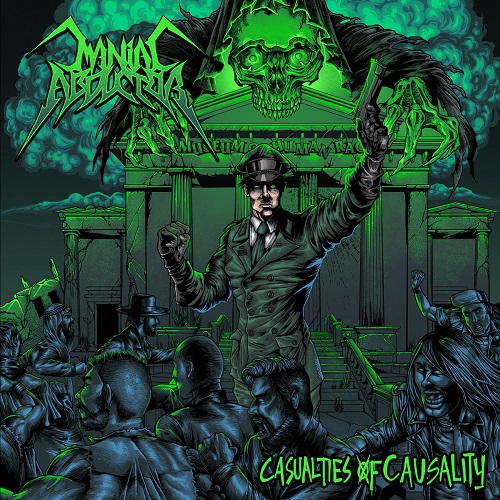 Finnish thrashers Maniac Abductor (I’ve been looking out for anything new from these guys) finally released their debut LP, ‘Casualties of Causality,’ and it is a rockin’ first metal album. These guys are definitely old school, and though that can be a thrash downside and one of the biggest problems with 21st century thrash bands, Maniac Abductor do it well! Casualties of Causality brings to mind the best of the Municipal Waste records, and if you like newer bands such as Gama Bomb or Havok, you definitely need to check these guys out. 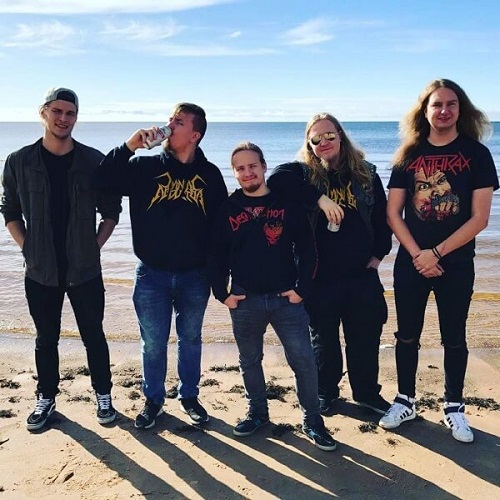 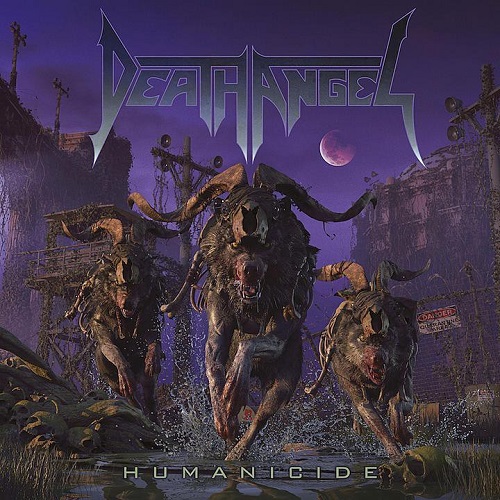 With Humanicide, Death Angel is starting to reach Overkill levels of consistency, but also Overkill levels of “no experimentation.” Death Angel was always one of the lesser legendary bands of thrash’s first wave — though that does not denigrate their legends status — but they are now the most energetic of those bands still going. Their last LP, The Evil Divide, was nearly great, if not actually great, and one of the best thrash albums of the 2010s so far. Humanicide is The Evil Divide-lite. It features more of The Evil Divide’s hard rock but less of its punk and death metal. This makes it a fine listen, just more generic than The Evil Divide. Humanicide is more along the lines of Death Angel’s other comeback era albums — especially Restless Retribution and The Dream Calls for Blood — but if you liked those albums, you’ll enjoy this one too. 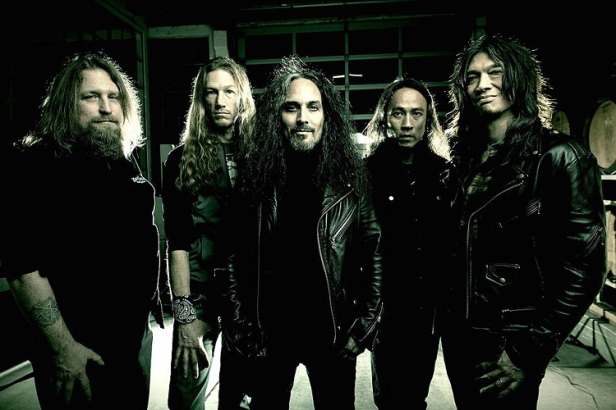 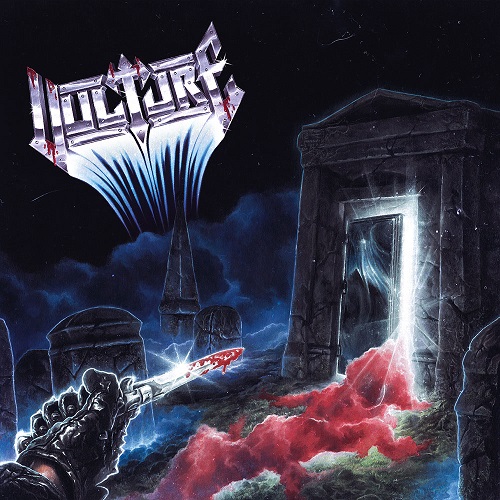 Check out thrash metal band Vulture’s sophomore LP for some fun, speedy, early West Coast thrash meets Teutonic thrash mixed with horror synths and a few modern metal touches. The synths are implemented more effectively here than on Vulture’s first record. The album loses steam and creativity in its second half, though.

All in all, 2019 has been an underwhelming year for thrash, so far. Many of the big thrash names who planned to release albums in 2019’s first half ended up having to delay their records, but, just as with heavy metal in general, the underground stuff prospered, and little-known bands occasionally managed to make their voices heard.

The second half of 2019, however, may bring us more thrashy goodness than the first half, both for the underground and the more recognizable bands, something along the lines of 2016 and 2017 I hope. We got David Ellefson’s solo LP on July 19, Hatriot’s Days Unto Darkness on July 26, Destruction’s Born to Perish on August 9, the ever-interesting King Gizzard & the Lizard Wizard have scheduled their first thrash album for August 16, and there is a strong possibility we will still get new releases this year from Annihilator, Anthrax, Believer, Exhorder, Exodus, Gojira, Havok, Sepultura, Toxic Holocaust, and Warbringer! We shall see.

Are you ready to hold the thrash flag high?

Have you heard any of the albums above? If so, what did you think? Also, if you know of other records I should have included on this list, or if you know about some other, exciting, upcoming thrash releases, tell us in the comments below!