This is the way 20th Century Fox’s X-Men film series ends, not with a bang but a whimper.

I have long loved Fox’s X-Men films more than Disney’s Marvel Cinematic Universe films (I make that comparison because the MCU is the only other truly successful, extended universe, superhero movie franchise, the DCEU being inconsistently successful and every other studio’s extended universe attempts having ended in shame), because when Fox’s X-Men films are good — and even, sometimes, when they are bad — they contain more emotional and spiritual heft and depth, as well as truth-seeking social commentary and allegories.

The X-Men movie series has been about society’s tendency to fear the things they don’t understand, and they discuss — in a popular, superhero franchise film way — the reactions both conformists and non-conformists (whether they be conforming or non-conforming by fate or by choice) should have to the prejudices against them and others. Not that the X-Men flicks are particularly insightful works of art, or deep, but some of them are more intelligent than the average piece of pop culture, and more entertaining. The X-Men films also encourage the downtrodden to throw off victimhood and take control, in whatever ways they can and should, of their own destiny, to take responsibility for their own lives.

Always attempting to stay true to the original vision of X-Men creators Stan Lee and Jack Kirby, Fox’s X-Men movies interest themselves in ideas and themes too controversial for the MCU. This can be seen best in the MCU’s Black Panther, which partially explores an X-Men style allegory for the Martin Luther King philosophy vs. the Malcolm X philosophy (Black Panther vs. Kilmonger, Xavier vs. Erik) but which could just barely commit itself to this exploration, this sort of clash of ideals. I enjoy the MCU, sometimes I enjoy it immensely, but, thematically, it simply doesn’t hold a candle to the good X-Men movies.

In light of the previous X-Men films’ heights, I am disappointed to find X-Men: Dark Phoenix is not one of the good X-Men movies.

Dark Phoenix is the blandest, most mediocre X-Men picture of them all. Overall, it’s a better film than Last Stand or Origins: Wolverine, maybe even better than Apocalypse. And I appreciate that it both recognizes it is the end of an era — since Disney has bought Fox and will undoubtedly reboot the X-Men in a few years — and keeps itself fairly small-scale. Dark Phoenix even has a coherent narrative, unlike Last Stand and Origins: Wolverine, and makes more sense than Apocalypse. Additionally, Hans Zimmer’s score is gorgeous and the effects are all solid. Even still, Dark Phoenix doesn’t offer us a single memorable moment, at least not any memorable moments that aren’t an inferior rip-off of moments from earlier X-Men installments, or any worthwhile explorations of the X-Men themes, Dark Phoenix‘s attempts at digging into those themes stumbling awkwardly at best. The worst X-Men movies have at least one scene, one action set-piece, one element of character work that sticks out in my brain, that I enjoy revisiting. Dark Phoenix does not, and that’s a shame. 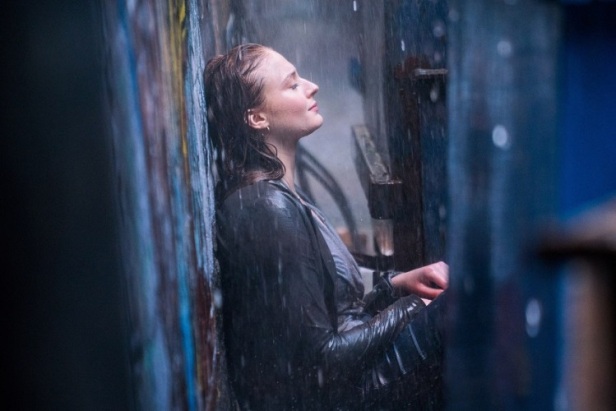 Oh, the wasted potential! Dark Phoenix stars at least ten actors who range from decent to great, yet it doesn’t give them anything with which to work, causing even the best of them to come across poorly onscreen, the exception being Michael Fassbender, who somehow wrestles his assignments into something slightly compelling at times. The film also features the aforementioned Zimmer, always a huge talent, as well as cinematography by Mauro Fiore, who regularly turns in good work, and film editing by Lee Smith, who helps Christopher Nolan make sense of his twisty visions. Yet all these good filmmakers are hampered by the lackluster, TV-grade screenwriting and direction of Simon Kinberg in his directorial debut. Kinberg’s screenplay just doesn’t have in it any real energy, consistent pacing, or even halfway decent dialogue, and his direction lacks any palpable sense of vision. His only qualifications as a director seem to be the absence of a sexually perverse history, unlike previous directors Bryan Singer and Brett Ratner, at least that we know. Of course, Kinberg has some screenwriting achievements, most notably Sherlock Holmes and X-Men: Days of Future Past, but his poorly written films outnumber his well-written ones, and Dark Phoenix is definitely one of his poorly written films.

To add insult to injury, Dark Phoenix even bears a few too many similarities to an MCU film from this year, Captain Marvel, although that is probably a coincidence. Reportedly, Fox ordered reshoots for Dark Phoenix due to its original finale’s likeness to Captain Marvel’s finale, and both stories send a young woman in the 1990s into a journey of self-discovery after she accidentally receives otherworldly powers, the end result of which finds the young woman both controlling and channeling her emotions and the magical power to defeat a strong, alien enemy hiding in plain sight, and both films feature shapeshifting extraterrestrials. Except Captain Marvel, though aggressively average, is more fun, was more competently written and directed, and makes better use of its time period. At least Dark Phoenix has Sophie Turner, who is an actress with more range than Brie Larson. Again, wasted potential here.

With X-Men going to Disney now, Dark Phoenix is probably the last X-Men movie in which I will be interested. It’s too bad the series has gone out weakly. Would Disney have ever allowed even the development of X-Men the original, or Days of Future Past, or Logan? I don’t think so. These sorts of movies are too weighty and earnest, even risky, for Disney. Current Disney wants desperately to be non-controversial, to appeal to as many people as possible. Of course, this very thing often causes them to become controversial and unappealing to fans of certain properties, but that’s beside the point, as those were mostly unintended consequences of money-seeking actions. I don’t think Disney would ever let Professor Xaviar screw up as much as he does, would ever allow a sympathetic character’s backstory to be rooted in something as horrifying and real as the Holocaust, would ever let murderers who have done many of their evil deeds onscreen like Erik Lehnsherr and Raven Darkholme be redeemed, would ever let multiple protagonists die without hope of resurrection. Yes, these were four-quadrant movies, there’s no doubt about that, but at least they had cojones. So, Dark Phoenix is meh, but, hey, it is the end of an era, the end of the X-Men before Disney inevitably neuters them. 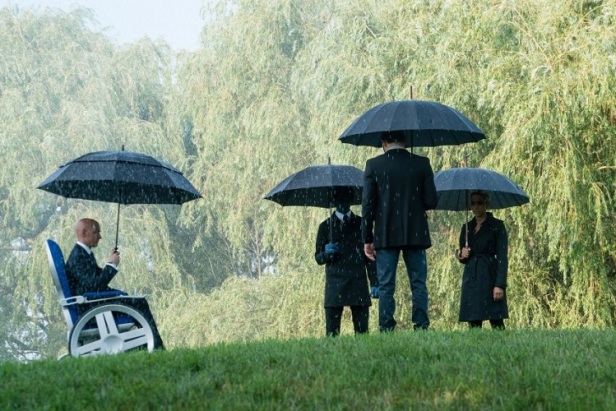 I have long loved Fox’s X-Men films, but Dark Phoenix has little of substance to offer those of us who have been X-Men fans, even though it is a parting gift.

Leave a Reply to Khalil A. R. Kersey Cancel reply