Directed by Adam Robitel (The Taking of Deborah Logan, The Maze)

Cinematography by Toby Oliver (Get Out, Happy Death Day)

Just last week, my wife and I took her younger sister out for supper and a movie at our local cinema, and they wanted to see the new Maze Runner: The Death Cure flick. Since I hadn’t seen any of the prior installments, I bugged out and saw Insidious: The Last Key. It was a smaller theatre, but a larger room would have magnified the effect of there being a small audience in attendance.

I felt single again as I was the only one not in a group. Anyway, the previews completed, but the talking in the back row didn’t cease. It wouldn’t for the first thirty minutes of the movie. I like to think of myself as a patient individual, so I didn’t “shush” the two ladies in the back row just over my right shoulder. I had a good reason. As the movie progressed through Dr. Elise Rainier’s childhood while cataloguing the physical abuse she received from her father since he didn’t understand her “gift”, I noticed a pattern with the annoying whispering behind me. When a character on screen talked, so did my communicating companions. Then it hit me. One is translating for the other. Good grief. I understand that one of the ladies didn’t understand English, but this was neither the time nor the place for English 101. Once another group in the back row had their fill, a young woman promptly hollered, “Shut up!” And that was that.

For any that have heard the negative reviews from Insidious: The Last Key, believe them. It was only bearable to me since I was already familiar with the characters from the prior films. Getting some background on Rainier was good I felt, but that was rushed, and we didn’t get a whole lot of explanation as to how she acquired her ability to talk with ghosts.

Speaking of ghosts, the bad actor in the film was called Key Face, and was indeed ugly enough to make a train take a dirt road, but he didn’t strike fear in my heart like the Lipstick-Face Demon in Insidious. He did get his moments in; however, at terrorizing Rainier’s family, even to the point of driving a wedge between Elise and her brother Christian. 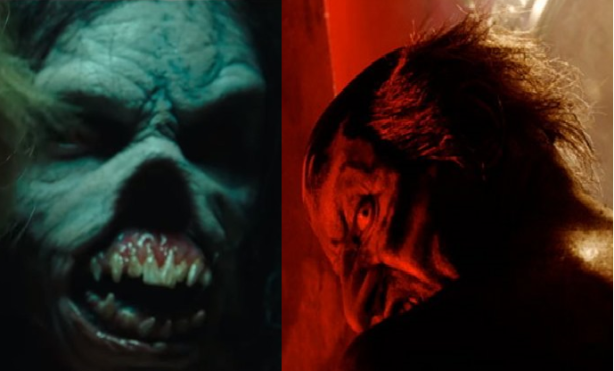 The overall feel to the movie for me was just awkward. The dialogue with Rainier’s “psych-kicks”, Tucker (Sampson) and Specks (Whannell) was just flat out awful at times, and their inability to talk to members of the opposite sex I felt was taken to the extreme. Tucker was just creepy towards Elise’s nieces, and the attempted humor fell flat. I know that Whannell can act a good part based on his performance in the original Saw film, but even his own script did not suit him well for this movie, or anyone else for that matter.

Insidious: The Last Key had a few good jump scenes but nothing out of the ordinary from other thriller films, and those scenes certainly weren’t enough to redeem the rest of the filler. For fans wanting a good, recent horror film, watch IT, and hope that something else down the line is better than Insidious: The Last Key, or just watch the first Insidious again.