Generally, bass players tend to take a backseat to the other guitarists on stage. They play in the background and help to provide some weight and fullness to a song. Rarely do we see a bass player become a visible and dominant presence for a band. Speaking from the perspective of a metal fan, I can’t think of too many bands currently where the bass playing is the most noticeable facet of a band’s music or of its live performances. Sure, there are a great deal of outstanding bass players today including Dave Ellefson, Robert Trujillo, Steve Harris, and John Myung, but I don’t think any have had the effect on their band like Cliff Burton had on Metallica.

Before I start this piece on Cliff Burton, let me start by saying that Cliff Burton is the GOAT bass player in the Heavy Metal genre. There. I got that off my chest; let’s move on. 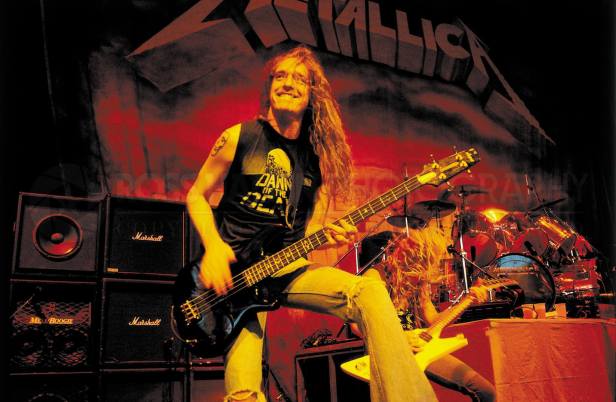 During Cliff’s childhood, his brother passed away, and he determined to be the best bass player that he could be for his brother. Even when he was with Metallica, Cliff would practice up to six hours a day and had a heavy country and blues influence to his music. He never stopped trying to get better at his craft.

In 1982, James Hetfield and Lars Ulrich saw Cliff perform with his band Trauma and knew they needed him. Once he joined, it didn’t take long for Burton to make an impact on the band. It was his knowledge in music theory that helped develop Hetfield’s and Ulrich’s skills. Kill ‘Em All was a great thrash album. Heck, it may have been the first thrash album ever, but that wasn’t a mature band playing. Metallica was a talented band, influenced by great bands before them but had a lot of untapped potential. Cliff Burton helped to unleash the band’s potential by increasing their musical capabilities. Without Cliff Burton, there never would have been Ride the Lightning or Master of Puppets.

Back in our senior year of college, I remember talking metal with Ethan and showing him a video of Cliff from Cliff ‘Em All, and he was playing his iconic bass solo on “For Whom the Bell Tolls.” “What? I thought that was just a regular guitar,” I remember Ethan saying. But that was Cliff’s style. Unlike any other bass player at the time, he played the bass like it was the lead guitar, and you couldn’t help but notice him on the stage.

When Ethan and I saw Metallica last summer during their Worldwired Tour, Robert Trujillo played “Anesthesia” as a tribute with this video of Cliff playing on the big screen. The crowd cheered louder for that tribute than they did for Metallica’s intro. Considering the fact that thousands at the concert were born after Cliff’s death in 1986, I’d say the band’s fans have done a good job of informing incoming metal fans who Cliff was. He’s a critical part to Metallica’s history, which makes him a critical part to metal’s history.

Cliff Burton died before his time at the young age of 24, and well before I could even get the chance to see him at a live show, but his legacy lives on through the efforts of Metallica and their fans. It’s pretty cool to see a band that even 30 years after losing Cliff, they still treat him and his legacy with the utmost respect.

P.S. In case you didn’t know, California’s Alameda County (where Cliff is from) has declared February 10th to be ‘Cliff Burton Day’ in his honor. This is from Metallica’s Twitter page: 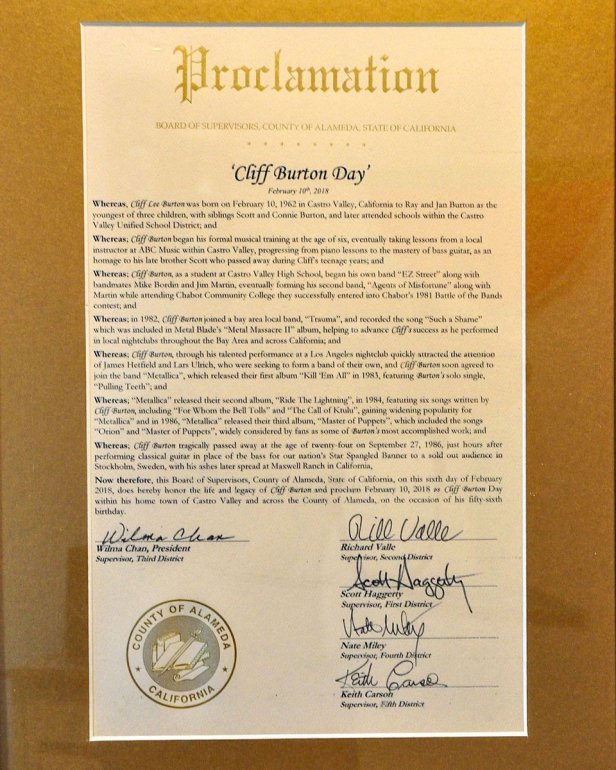 One thought on “Commemorating Cliff Burton”