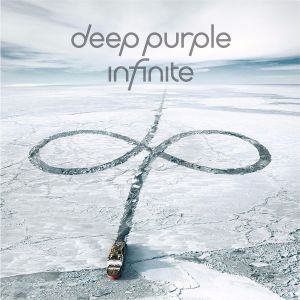 Deep Purple is an extremely important band to heavy metal. Founded in 1968, they are one of those acts near the beginning of heavy metal history that helped solidify and legitimize the genre, and the overall metal sound has many elements that Deep Purple pioneered, especially with their most popular album, Machine Head. If you are unfamiliar with Deep Purple beyond “Smoke on the Water,” you must take a dive into their discography. You’ll be happy you did. Of the three primary heavy metal trailblazers (Black Sabbath and Led Zeppelin being the other two), Deep Purple is overlooked far too often.

Deep Purple Then, All Grainy, Shady, and Hiding in the Bushes

Despite Deep Purple’s importance, these guys are in their 60s and 70s now, and old man bands aren’t always awesome. Often, bands like this begin to really show their age at this time of their lives. Case in point: Van Halen’s A Different Kind of Truth from 2012, where – though I did enjoy that album – we saw mostly recycled songwriting and David Lee Roth vocals that sound like your old bachelor uncle singing karaoke at a crappy bar right before he gets hauled off to jail for drunkenness and public nudity. On the opposite side of the coin, there are times when we get something like David Bowie’s fantastic parting gift, Blackstar. So where on that spectrum does Deep Purple fall with Infinite?

Upon my first listen to Infinite, I didn’t care for it much, and I know several other people had the same reaction. After listening to it multiple times again so I could do this review, though, and after going back through some of Deep Purple’s old stuff, I grew to like this 2017 release. For folks who are primarily used to Deep Purple’s classic sound, for casual fans of the band, Infinite may sound unusual. However, people who have been following Ian Gillan and company for a while now may not be so surprised. Deep Purple has always been into experimentation, and it’s good to hear an older band care enough to continue revamping and experimenting in ways that pay off. It’s even nicer to hear Deep Purple still energetic.

That being said, the album can be kind of weird. The weirdness worked for me most of the time, but not always and not consistently. The worst examples on the album are unfortunately the second track, “Hip Boots,” which I just can’t get into, and the spoken word section at the end of “On Top of the World,” which kind of then turns around and ties that song up hilariously so that it’s not a huge negative for me, in the end. The oddness is sometimes a delight, but it’s also off and corny in places. There were a few moments that bored me too.

The songwriting elements are good, but the lyrics are maybe the most inconsistent part of the album. They contain moments of greatness but also moments of awkwardness, clumsiness, and gratuitousness. I mean, I’m all for quirky lyrics when they are implemented well, but some of the bizarre ones here just don’t make a lot of sense when coupled with the more standard lyrics beside them. They only work part of the time, about half and half for me. The lyrics also contain more cursing than I remember having ever heard from Deep Purple before. While profanity, etc. can certainly have its place, I am of the opinion that it usually indicates sloppy lyricism (a la Slayer introducing more cursing in their lyrics as the years went by.) The profanity here is mostly used to that lazy effect, as the cursing has no real impact and no discernible need or desire. It just exists and comes across, honestly, as an old geezer shouting obscenities at the world.

This is not a bad disc, and there are some truly great moments here that encompass blues rock, classic hard rock, prog, and heavy metal. “Time for Bedlam,” the album opener, is a great track with excellent guitar and keys interaction from Morse and Airey. The aforementioned “Hip Boots” might as well be filler, but it does contain some fantastic soloing and a boogie feel. “All I Got Is You” is mostly fine but with probably one of the best Gillan vocal performances of recent years. Also just fine but in this case boring, “Get Me Outta Here” feels like further filler. On the playful and hilarious side, there’s “One Night In Vegas” and “On Top of the World,” both worth at least one replay and a chuckle. “Johnny’s Band” is decent, too, and finds the band deservedly reminiscing.

The two most impressive tracks, two magnificent standouts, are “The Surprising” and “Birds of Prey.” “The Surprising” is an atmospheric, eerie, awe-inspiring, prog track, and “Birds of Prey” would make an excellent ending to Infinite, with Morse’s soulful guitar – and indeed the rest of the instrumentation and composition – evoking the entirety of Deep Purple’s storied career alongside a tale of terror from an unexpected point of view. If Deep Purple’s run truly ends with this album and tour, they should be remembered for these two songs.

“Roadhouse Blues” is the actual album closer, and it possess a cool, ZZ Top, bluesy feeling, and Deep Purple does this Doors cover justice, at least more justice than The Jeff Healey Band did when they recorded the same tune for the movie Road House.

Deep Purple Now, Getting Into the Spirit of Their Album Cover

So is Infinite a good release or a bad release from an older band? I’d say it falls somewhere in between. I definitely have mixed feelings about it, and, overall, it doesn’t come anywhere close to touching the band’s best work. Yet it does see Deep Purple still trying to experiment, still trying to innovate. Furthermore, Infinite sees Deep Purple still comfortably confident in themselves.

All things considered, I’m going to give Deep Purple’s Infinite a 73%.

By the way, did you know Infinite is Deep Purple’s twentieth album? What a career!