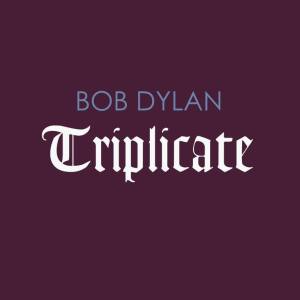 I love Bob Dylan. Not every single thing he’s ever created, mind you, and I think that he can be overrated. Yet when I take Dylan for what he is and what he means to be – a traveling troubadour who can create a fantastic folk song or folk rock tune when he’s of the mind to, someone who has had a tremendous impact on the music world in the last fifty-five years and an actual influence on me as a writer – that’s when I love him. He inspires me. Every time I get on a Bob Dylan kick, my writing improves and becomes more imaginative. Especially when I listen to Slow Train Coming and Blood on the Tracks. Man, do those albums get to me!

I also have an immense respect for the Great American Songbook, a nearly bottomless well from which Dylan has been drawing inspiration for years, and of which he started covering for whole albums with 2015’s Shadows in the Night. I liked that album, enjoyed the selection of standards, and I liked how Dylan assembled his versions and the backing band around him on them. Willie Nelson’s Stardust is often considered the benchmark for this sort of project, and whether you think Shadows measures up to that or not (I argue it does), it is definitely a fine attempt. Then Dylan came out with basically a sequel to Shadows, this one named Fallen Angels, in 2016.

For both Shadows in the Night and Fallen Angels, I feel that – in order to enjoy the albums – you must both enjoy Dylan’s ragged voice and appreciate the American Standards. I do, and so I do like those two projects, but I don’t love them. The same is true for Triplicate. Except, now, Dylan has made it a bit more difficult to get through the whole work at once, because Triplicate is a triple album affair: thirty songs across a nearly one-hundred minute runtime. And the songs are all very similar in many ways, all similarly performed and structured.

When I started out listening to Triplicate, I was really appreciating Dylan’s gravelly but soothing voice as he performed the songs. But after he began to sing several that I know from the likes of Frank Sinatra and Bing Crosby, I couldn’t help but compare those two to Dylan. No, Dylan isn’t trying to be a Sinatra. He’s paying tribute to these American classics that shouldn’t be forgotten, and perhaps he is putting in a valiant effort to make sure they aren’t forgotten. But by the time you get halfway through the album, it’s a little difficult to keep pressing forward. It certainly became tedious for me.

So to Dylan I say, “Good job. Goal accomplished. Now that you’ve essentially given us 5 albums of this material, can we please move on to something else?”

I suppose by this point in his career, Dylan has earned the right to do whatever he pleases. And I’m certainly glad he’s not resting on his laurels. Yet in a year where we got good albums of original material from Willie Nelson, Alice Cooper, and freaking Chuck Berry himself, I felt somewhat indifferent toward Triplicate.

I still recommend hearing some of this stuff, if you like Dylan’s voice and respect the American Standards. If you wish to check some of Triplicate out, I recommend that you head over to Spotify, Apple Music, or Amazon Music, where you can find a Triplicate sampler with ten songs picked from the album. This is the better one-sit listening, in my opinion.

I’m going to give Bob Dylan’s Triplicate a 70%.

There is something interesting here that I haven’t mentioned yet, and that is the strange fact that it was largely Dylan himself, as well as others at the same time, who paved the way for a time period in popular music that mostly moved away from the Great American Songbook, a period in which people became encouraged to write their own material, to be original. Before Dylan, guys like Sinatra, Dean Martin, and others relied on these already established songs to help them make their sounds. In contrast, Dylan eventually seemed to eschew imitation and orthodoxy in his music. He didn’t want to be like Woody Guthrie, then; he wanted to be the new Woody. Maybe this is Dylan trying to give back to those that laid the groundwork for people like him.